The Danish Student House is mainly for students who have a need for longer stays in Paris.
However, there is a possibility of short stays in the Student House’s three guest rooms all year round and in the summer it is possible to rent available rooms on a weekly or monthly basis.

During the academic school year (1st of September to the 30th of June) only students whose nationalities are Danish are directly admitted by applying here: admission form

It is necessary for students of other nationalities to register directly to the house which represents their nationalities. They can ask to be part of the exchange program (brassage) between the different houses in the CIUP.

You find information and the list of all the houses here www.ciup.fr 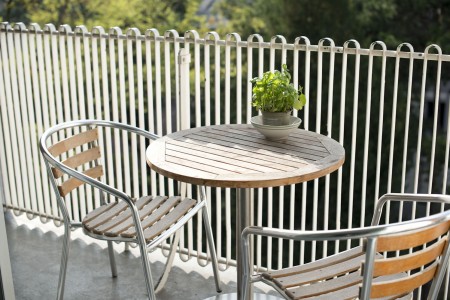 During the summer session (July and August) the Danish House will accept artists, researchers, teachers, students, students doing internships, faculty administrators e.t.c. from all nationalities.
It is imperative to reserve your stay well in advance. Starting the 15th of March your application should be received directly to Fondation Danoise.

Stays under two weeks are usually not accepted.

We have exchange agreements with the following houses:

The international exchange programme has always been one of the key values for the Cité Universitaire. The Danish Student House also takes part in this programme, the so-called brassage, which endeavours to have an equal distribution of national and non-national residents in the houses. About one third of the applicants for the Danish House will thus be exchanged to another house in the Cité. As an exchanged resident you are naturally still very welcome to use the facilities of the Danish house and take part in social activities.

La Cité Universitaire Internationale de Paris, The International student town in Paris, is located in a beautiful park area of nearly 40 hectares in southern Paris and is today housing around 6000 students from more than 130 countries.
Premises within the Cité provides the backdrop for a multitude of cultural activities

and the awe inspiring main building, donated by Mr. John D. Rockefeller in 1936, houses an array of party and meeting facilities, a library, theatre halls, a restaurant, a swimmingpool and other sports facilities. Additionally the Cité has its own choir and symphony orchestra as well as a variety of sports facilities dotted around the park.

The Cité was created as a peace project following the First World War. The founder, the remarkably energetic Senator and Minister for Education Mr. André Honnorat, was captivated by the thought of a new global humanism. The Cité was to become a meeting place for the international academic and administrative elite and enhance multinational understanding and world peace.

After the brutalities of the war the number of French students had fallen by two thirds and many lived under wretched conditions. Hence there was also quite a few pragmatic circumstances which spoke in favour of the idea.

Together with the businessman Mr. Emile Deutch de la Meurthe, Director of what later became the French Shell, and Principal of the University of Paris Mr. Paul Appell, who was also the Chairman of the French division of the League of Nations, Mr. Honnorat managed to convince the borough of Paris to make around 20 hectares of land available to the project.

On June 6th 1925 they started building the first house of the Cité, Fondation Deutch de la Meurthe, and during the following seven years they build 16 houses including the Danish. The crisis in the 1930’s meant that the speed in which the buildings were erected was lowered, but still the Cité had 29 houses by the end of 1939 with no less than 2400 beds.

During the Second World War the Cité was occupied by German troops and it was not until in the 1950’s the construction work was back up to speed. Twelve new houses were build in the 1950’s of which quite a few were entirely French. In the 1960’s another five houses were added.

The entire area was laid out as a garden city according to British-American standards but the architecture reflects the diveristy of the Cité. Some of the houses are now listed buildings.

Today the Cité is experiencing an exciting and dynamic development. Many of the houses have been refurbished during the last couple of years and a lot of the houses are expanding their capacity. The park area has also undergone a renovation and there are ongoing negotiations with countries such as China, South Korea and Algeria about the construction of new houses. An additional 1800 student homes is expected to be finished by the end of 2020.